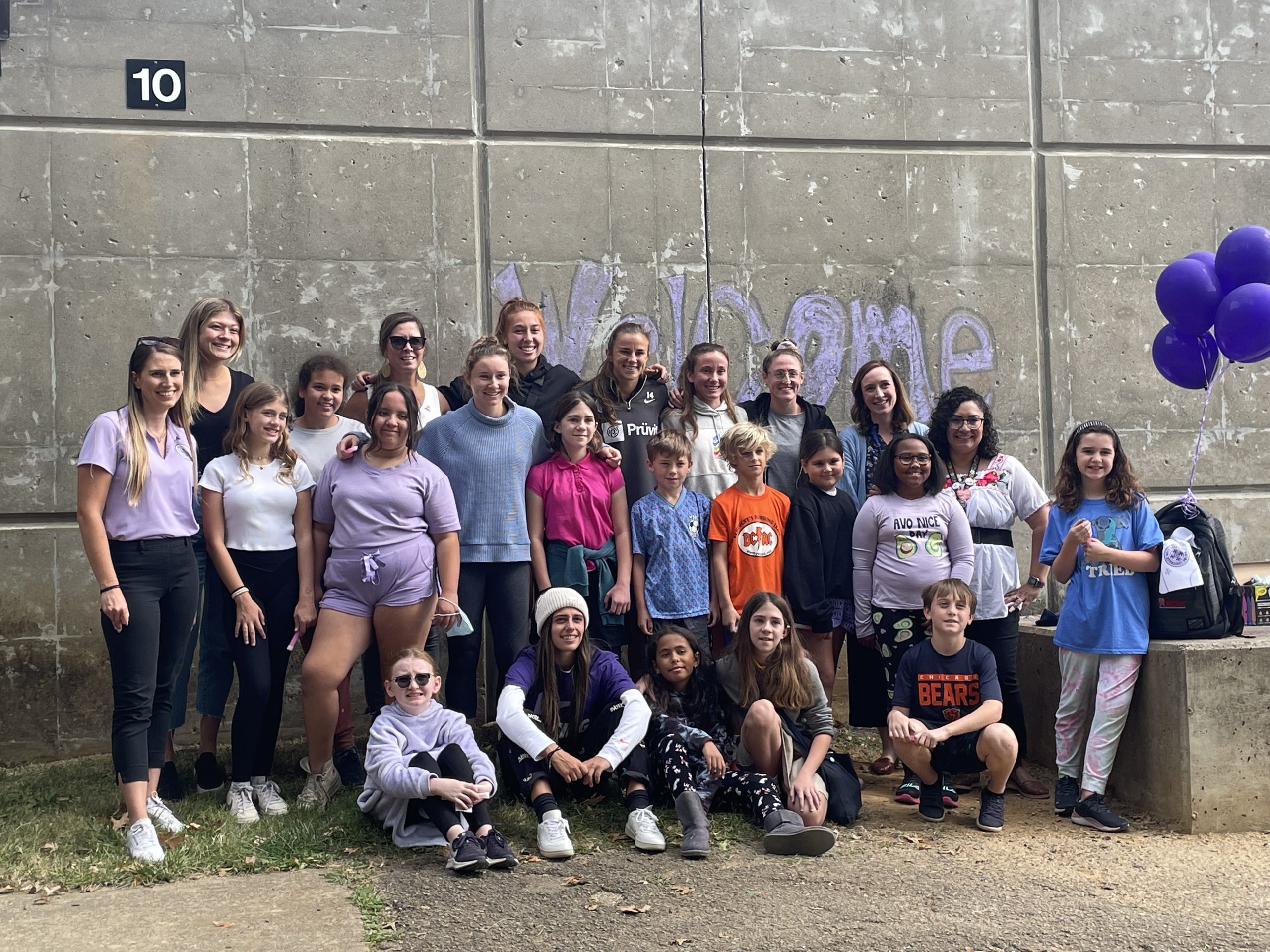 Story by Dustin Vogt via wave3.com

Racing Louisville FC is partnering with Blessings in a Backpack to make sure children in the Louisville-area don’t go hungry.

The partnership was crafted through the National Women’s Soccer League Nationwide Contest, where each partner organization or team receives a grant to support a local nonprofit and serves as the focus of a team-led service project, according to a release.

Racing Louisville FC chose Blessings in a Backpack as its community partner, and worked to pack 160 bags of food for Hawthorne Elementary.

“This is important, because it makes the kids at the school feel like the community really cares about them,” Beth Bush with Blessings in a Backpack said. “They’re sending them home with food to eat over the weekend, and when that happens, it gives them something to enjoy over the weekend as well as gives them nutrition, so they’re ready when they come back to school on Mondays to learn. It helps with everything. Helps with retention, and focus, and attendance and, just again, shows the community cares.”

Following the end of the season, one team-community partnership within the National Women’s Soccer League will win the National Community Impact Award and will be honored during the 2022 NWSL Championship weekend in October.

The winning team or organization will receive a $25,000 donation to further their efforts, and each participating community partner receives a $5,000 grant.

Thank you Hawthorne Elementary and everyone who came out to help pack some backpacks for @BlessinBackpack !! Make sure to keep voting, only 3 DAYS LEFT!! @RacingLouFC #NationwideImpactAward
JUST RETWEET TO VOTE 🙏🏼💜 pic.twitter.com/cHGwD5IDsb

The items donated were added to the Blessings in a Backpack food packed by the Racing Louisville athletes and will help keep kids extra full during the long fall break, which takes place the first weekend of October.

Thank you to the Louisville FC fans for your donations and to Racing Louisville FC, Lynn Family Stadium, and our volunteers who helped make it happen!